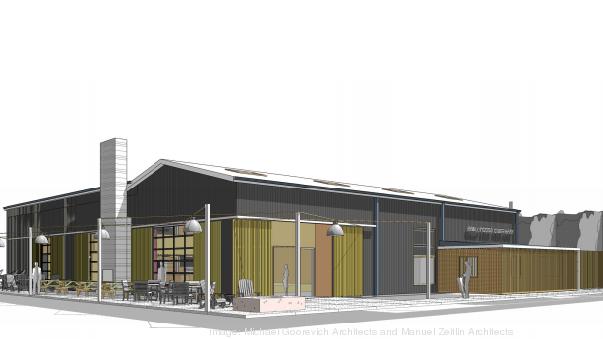 The pair, which is building a home for their Diskin Cider company in Wedgewood-Houston, now has a more expansive plan for the facility, along with renderings, which are seen with this story. The company is set to take up 8,000 square feet of space in The Finery, Mark Deutschmann’s 7-acre development at the corner of Martin Street and Merritt Avenue that is helping to reshape the neighborhood.

Unlike a traditional brewery or cidery, Diskin said the plan is to incorporate the cidery’s taproom into its production space, so customers can watch the production of the fresh-pressed cider. The building is also set to include an indoor fireplace, he said.

As can be viewed in the renderings, outside the building will sit a large patio with a fire pit and games.

“[The facility] is intended to be a place where people can enjoy good friends, cider and food,” Diskin said.

Read the full article at www.bizjournals.com/nashville.